It is a Cricket fever time, its April 2013 and its time for Indian Premier League season 6, IPL comes every year with different flavors, where new teams and new players joins the 20-20 overs Indian Premier League Cricket matches. Cricket lovers can’t miss those matches whether they are busy in office or some important work they have, these apps came into existence for specially those people who can’t sit full time in front of the Television to watch complete match and can’t afford to miss even single ball, with these apps you can watch live scores in detail without missing even single ball, fours, sixes or wickets.

Yahoo! Cricket is the best app to enjoy the game of cricket not only in front of TV but on the web with Yahoo Cricket app. Among all the apps which we used before writing on this page, we personally like this cool app, this app surprised us quite several times with its speed of updating live scores, it updates the scores within 2-3 seconds with complete sentences, i don’t know how do they type and update it.

With Yahoo Cricket App, you can have a quick look at all the live scores of matches currently happening not just IPL Matches, a very interactive scorecard in detail. Browse through the batting line-up to know about partnerships, who got out when, and who is coming up next, each thing we like about it, you can see the schedules and the match highlights. It is one of the best app for the cricket lovers and those like simplicity with detail information. ESPNCricinfo is also a nice Smart Phone app, you can have the details of the upcoming matches and the series. ESPNCricinfo is fully dedicated to cricket lovers those like cricket in any form whether IPL, International matches, tournaments or other domestic leagues. This app will give you the live game coverage, commentary, news, notifications, graphics, etc. This is the official app of BCCI, It has a simple UI with feature like live score, fixture and the updates of the series. It also gives the information about the team, players, stats, exclusive interviews, news, virtual replay, pulse, twitter, etc.  This app is also not only for the IPL but for Team India matches and the CLT20 matches. 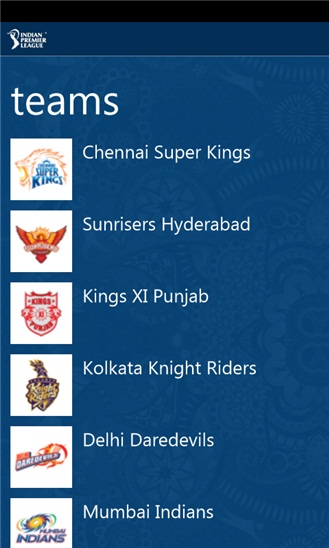 Thats it, we hope you’ll like our compilation of 5 most interactive, fast and best Smart Phone Apps for this year IPL and International Cricket, do tell us about your favorite app and if you have any app for us to recommend then don’t hesitate and share it in comments.