Networking 101: What is a Сat 6 Ethernet Cable? 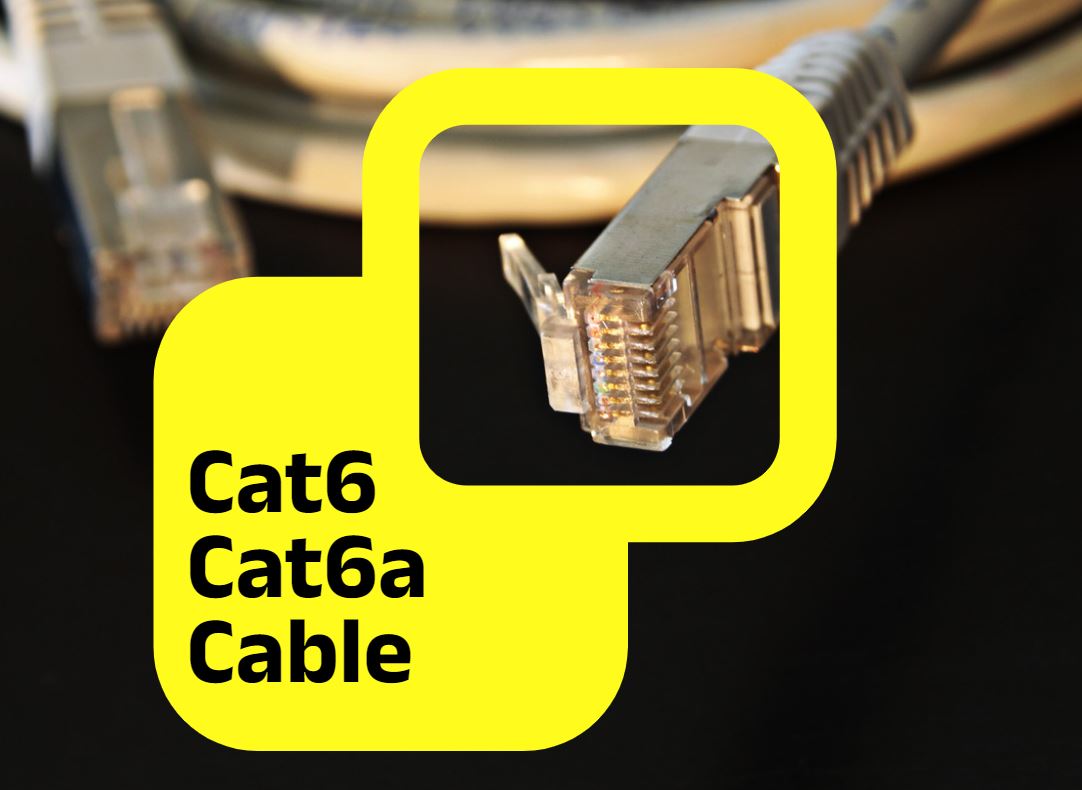 Cat 6 is the most advanced cable category and provides the best network performance.  It is compatible with any pre-existing cable found in older deployments. These products have become more common in today’s projects due to the increasing demands for speed, capacity, and bandwidth each year. Cat6 ethernet cable is more reliable and safer to run due to reduced attenuation and increased conductor size.

What is a Cat 6 Twisted Pair Cable?

Category 6 cables are designed specifically for use in heavy-duty networks. The design includes heavily twisted pairs of twisted pairs per inch. Because of this cable withstands a data transfer frequency of 250 MHz.

Increasing the frequency of the transmitted signal has increased the bandwidth of the interface. Networks based on it and the appropriate equipment support 10 Gigabit Ethernet. The sixth category wire is structurally different from its predecessor and has a thicker sheath. This helps to protect the transmitted information from external electromagnetic interference.

What is Category 6 Ethernet Cable Used For?

In most cases, this category of twisted-pair cable is used to connect a computer to another device, such as a hub, router, or switch, to share files over a network or to access the Internet.
Such cable can also be used to connect computers to other devices, such as printers or scanners, or for incoming and outgoing LAN connections on patch panels.

There are two types of Category 6 cable: 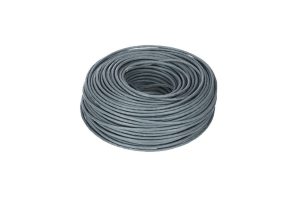 The standard 23-AWG Cat6 takes up .2582 millimeters, while the 28-AWG Mini Cat6 is significantly smaller with just .0810mm2. If you examine the two dimensions and you’ll quickly see that the need to bundle all those wires into a cabinet or rack is much simpler to manage using the smaller one.

Shrinking the length of Cat6 cables will result in less maintenance, which will save time and costs.
The Mini Cat6 is great for high-density switching in data centers or any other patching environment in which density could be a problem.

Remember, it’s the length of the conductor itself and not the dimension of the cable, including its insulation which is measured in AWG.

What is the Difference Between Category 6 and 5/5e Cable?

It all boils down to speed and quality. Mixing them together will cause the network to run at the slowest speed.
Cat6 has replaced Cat5e. This high-quality cable (e) can run at speeds up to gigabits. Cat6 is certified to run at 1 gigabit. Cat5e offers faster speeds than Cat5. Cat6 can operate at 250 MHz, while Cat5e is limited to 100 MHz. The 5e cable, which is less expensive, can run at almost the same speeds and is available in many colors depending on the environment they are used in.

Cat. 6 is a better option than 5e, but it will cost you more and provide a slower speed increase. It is up to you to choose the right environment.

Category 6 Cable vs. Category 6a Cable

Cat 6 supports speeds up to 10G Ethernet and frequencies up to 250MHz and can be reached at distances of 33-55 meters. Cat 6 can support bandwidths up to 500MHz, twice the bandwidth of a Cat 6 cable, and can also support 10Gbps like its predecessor. Cat 6 and Cat 6a cables are ideal for home use.

TIA( Telecommunications Currently, Cat 6 and Cat 6a are recognized as TIA/EIA standards.

The choice of Cat 5e or Cat 6 cable depends on the case:

If you’re satisfied with the speed of your network now, you don’t have to go through the trouble of upgrading your network from Cat 5e to Cat 6. But we should consider that Cat 6 cable has good compatibility with Cat 5e cable, and it can even support 10GBASE-T, which makes it more popular in cable deployments. 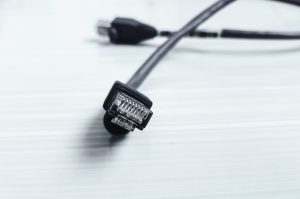 In addition, with the rapid evolution of network components and ever-increasing bandwidth, more demands are placed on network cables. Given the difficulty of replacing and refreshing cables, future deployments require advanced Ethernet cables such as Cat 6 and Cat7.

Following the ratification of Cat 6, manufacturers began selling cables labeled as Cat 6e. The idea was to promote Cat 6e as a false officially approved upgrade of Category 6 standards by naming it after the standard Category 5e. Cat 6e isn’t an officially recognized ISO standard.

If you are running Category 6 cable in a factory rather than in an office building, you may have significant electromagnetic interference (EMI). EMI can be caused by certain types of lighting, air conditioning, printers, motors, and generators.

This standard uses a twisted-pair cable to minimize crosstalk and reduce noise caused by electrical interference. But this may not be enough for some environments, and a Cat6 cable with shielding must be used to combat this.

It usually takes the form of a foil shield wrapped around twisted pairs, which in turn is wrapped in a PVC or low fume and halogen sheath. Basically, shielded twisted pair is more expensive and tougher, making it more difficult to install. The accessories and peripherals used also need to be shielded, which further increases the cost.