Encryption is a process of encoding messages (or information) in such a way that unknown people or hackers cannot read it, but the authorized user which that file belongs to can access it. Encryption software’s main task is encryption and decryption of data, mainly in the form of files on hard drives and removable media (USB Flash Drive), email messages, or in the form of packets sent over computer networks.

TrueCrypt is software for establishing and maintaining an on-the-fly-encrypted volume (data storage device). On-the-fly encryption means that data is automatically encrypted right before it is saved and decrypted right after it is loaded, without any user intervention.

TrueCript Features:Encryption is automatic, real-time (on-the-fly) and transparent.Creates a virtual encrypted disk within a file and mounts it as a real disk.Encrypts an entire partition or storage device such as USB flash drive or hard drive.Encrypts a partition or drive where Windows is installed (pre-boot authentication).Parallelization and pipelining allow data to be read and written as fast as if the drive was not encrypted.Encryption can be hardware-accelerated on modern processors.

Encrypted files have a “.axx” extension added to their names (which by default is hidden, but can be displayed if the option to display known extensions in Windows is enabled), and are shown with a new icon. 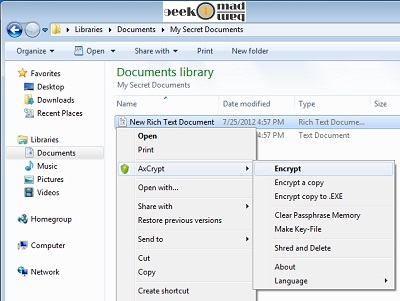 AxCrypt Features:Double-click to edit/view with any application.Automatic re-encryption after modification.Open source under GNU General Public License.12 languages in one executable distribution.Extensive command-line interface for scripting and programming.Windows 2003/XP/Vista/2008/7 32 and 64-bit compatible.AES encryption with 128-bit keys. 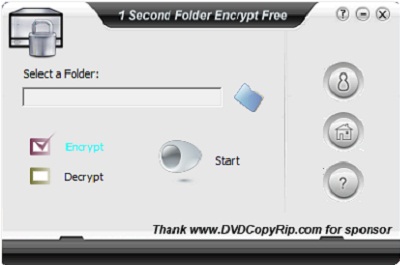 Easy to use 1 Second Folder Encryption:

Cryptophane is an easy-to-use Windows application that works with GnuPG (a PGP-compatible encryption program.) It allows users to encrypt, sign, decrypt, and perform key maintenance without having to deal with GnuPG’s command-line interface.

Encryption may be a complex thing but not with Kryptel, just right-click a file or a folder and select ‘Encrypt’ – or drag it to the Kryptel desktop icon. Kryptel produces not just an “encrypted file”; its files are containers that may contain thousand of files and folders.

If you want to decrypt a few files only, or just peek inside. Kryptel Browser is an Explorer-like tool, which lets you easily browse or modify a Kryptel container and view & decrypt the files it contains. 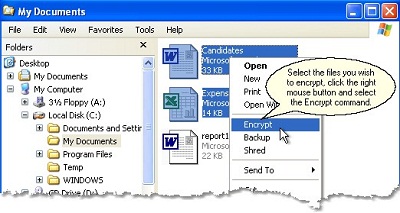 That’s all, these all are freeware open source tools to encrypt files and folder on Windows OS, but you can also use in-built encryption service which is already available from Windows 7 NTFS files system to latest Windows platform.